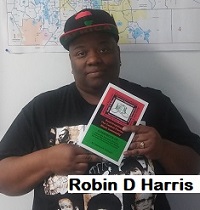 Robin Harris has organized and assisted in many community events, including engaging in civil disobedience for important causes. She was arrested along with 9 others at Marco Rubio's office approximately one month after the horrific shooting at Pulse nightclub.

Robin Harris has been an advocate for the Central Florida Black community for years. In her struggles to gain equality for her people she decided to run for political office when she noticed that an actually agenda which focuses on the Black community, was missing. 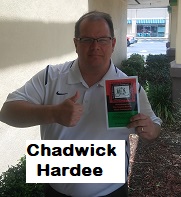 When she was introduced to the concepts of the Bootstrapping Project, she decided this could be the missing strategy to move the Central Florida community forward.

She knew that when committing to the project, she is joining other politicians and community leaders whose goal it is to make the community better by focusing on Black issues.

'There are plenty of organizations that are doing great things,' Harris said, 'but a clear cut agenda, a plan which incorporates all community players and put them on the same page was lacking.'

The 'Bootstrapping Project' goes past the hyperbola, past the marching and town hall meetings and goes right to action. Dozens of Black churches and several Black business chambers, representing hundreds of local Black business owners have agreed in principle to work within the guidelines of the project.

Robin Harris is not the only politician who has noticed a lack of proper planning in the Black community. Chadwick Hardee, Candidate for Orange County School Board would like to see, 'All of our kids get the best education possible.' 'The Bootstrapping Project strategy urges all elected officials to hold themselves accountable to their 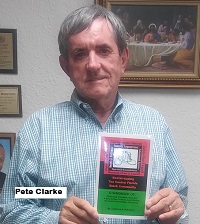 constituents rather than fellow board representatives.'

Pete Clarke, Orange County Mayor candidate, loves the project's strategy of having a dedicated group of citizens, outside the County Chambers, that will equally support the elected officials and the citizens, with the ability to hold each group accountable.

Claudette Robinson, President of Kingdon Chamber of Commerce is incorporating the business principles of the bootstrapping Project with the chambers own mission to better support Black businesses. The parties agree to make sure that the organization's members and the other 12,000 Black business owners in Orange County are treated fairly. "Government find funding in the form of tax breaks to bring 'big box' stores into our neighborhood but can never find the money to grow local Black owned businesses. We will surely advocate for our businesses to get a fair opportunity for some of the funding freely given to others," said Claudette Robinson.

Dozens of Central Florida leaders agree to the principles and strategies of the handbook. They are excited to

see the project itself move into action. With the support of leaders like Bishop Dr. Leonard Holt, Presiding Bishop of United Fellowship of Community Churches and Ministers, and Bishop Carroll Johnson of the Life Vision Ministries, representation dozens of church congregations, all agree that the Bootstrapping Project is likely to succeed.

The Bootstrapping Project motivate congregations to support local Black businesses. This action keeps Black dollars in our community and strengthens our economy.

A goal of The Bootstrapping Project, is to transfer the perceived power of the elected officials, back to the people, thereby voters can escape the political plantation.