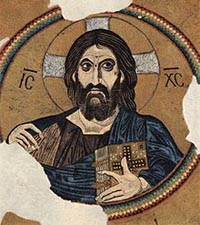 This divine enterprise stands alone without anything that even remotely compares to its sacrificial selflessness. God's wisdom alone comprehended the import of His incarnation. Considering the plethora of God things that God did, none is as momentous an endeavor as this.

It is further more incredible to think that it was solely performed for the benefit of humankind. God has no need to incarnate for anything but the redemption of his beloved creation, which he refuses to abandon to lost-ness. Only the overt demise of His original state of mysterious divinity transformed into the one plus ultra of human divinity could transcend creation itself. This is the doing of God which allows for His human creation to experience a minute transformation into the likeness of His original, eternal God self.

The thought of this is too high for man's puny brain to conceive without staggering. John's description of what He did to himself for humanity in John 1:14 is the love expression of a phenomenally benevolent savior-God. So it is with this conviction that I believe that the incarnation stands as completely unique in the history of God doings for humanity both in time and in eternity.