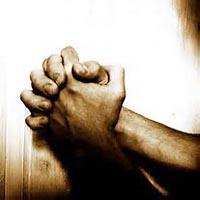 EVENT: I want to invite you to a new and exciting event, the Shavah Rally. Shavah is a Hebrew word which means to cry for help. The term is first used in the biblical book Chapter Two of the book of Exodus. There we see the Hebrews crying out to God for help because they are being brutally oppressed by the most powerful nation on the earth, Egypt.

Then, as now, there was no power on Earth that could make Egypt free God's people from their bondage. In many respects, American has been and continues to be a type of Egypt for African Americans. We often focus on the part of the story where Moses shows up to Pharaoh's palace to demand that he let God's people go. But what we often overlook is the fact that there was a time of crying out to God, by the people of God, before God called Moses into service at the burning bush.

The Shavah of the Hebrews was like a divine 911 call which God answered in spectacular fashion. Prayer, constant prayer, changed the political calculus and brought down an ancient super power that was unable to or unwilling to to treat God's people justly. God is still in heaven and prayer still has the power to break every chain of oppression that plagues us a people and as a nation.

The power of prayer must be released in our community. All those that can and will come, you are invited to come to the the big happening at the little church located at 1348 Old Apopka Road, in Apopka Florida. We expect that God will meet us there. More importantly we expect that God will move by his spirit to encourage us, empower us and to give us direction as to how we can move this nation to provide justice to a people who have long waited, hoped and believed in it.

The Shavah Rally will start at 7:00 pm and end at 8:00 pm. It will not be a traditional church service, but rather a prayer meeting on steroids. If you believe in the power of prayer or if you know someone who is in need of prayer please come to this ongoing event. We will be gathering every Tuesday at the same time. The Rally will consist of focused prayer, sacred music and individual prayer and anointing with oil for as many as request it. If you are not able to make it to the physical location where we will gather we ask that you set out some time during that hour, 7-8 pm Eastern Standard time, to offer up prayers for a permanent solution to the problems that plague us. We are hopeful that we can get one million people praying for the many chains that bind us to be broken.

Please let me know if you will honor us with your participation and more importantly your prayer. There is great power in corporate prayer. So let's get together and pray. If you have minutes, ten minute, thirty minutes what ever time you can come by to pray with us we are convinced that it will make a huge difference in our community. We are trying to launch a movement of prayer please get involved. We have no more Martins, Malcolms, Emits, Rodneys or Trayvons to offer to the devourer