STAYING SILENT IN TIMES OF PERIL

STAYING SILENT IN TIMES OF PERIL 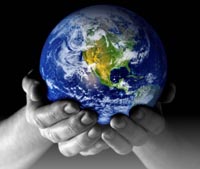 Part I of IV

I remember when we were thinking of living in Canada, the laws of that country stated that it was a crime to do something that would cause harm to another person, but neglecting to do something that resulted in another person’s harm was equally as criminal. Take a moment to think about that in light of the numbers of people in our generation who are about to perish without God. So many are living under the illusion that mankind can pursue his own objectives, follow his own reasoning, and still manage to arrive at some utopian end. Yet, in reality, the end that awaits those who choose to live without God is one of such terror that our minds cannot even begin to comprehend it.

You and I are aware of the reality of heaven and hell, and we also know that in between the two stands a Savior. We know the truth because the truth has set us free. The truth has made us into new creations and continues to usher us into greater measures of strength and freedom every day as we sincerely follow Christ. We do not hold to a mere concept about God, we have the living reality of God inside of us. And so the question arises: Why is it that we, knowing the truth of the gospel of Jesus Christ, so often remain silent?

THE ROOT OF THE PROBLEM
“For God hath not given us the spirit of fear; but of power, and of love, and of a sound mind. Be not thou therefore ashamed of the testimony of our Lord, nor of me his prisoner: but be thou partaker of the afflictions of the gospel according to the power of God” (2 Timothy 1:7–8).

Paul identifies the root of this problem of remaining silent as fear or more specifically, as I see it, the fear of man—a fear of retaliation and rejection. It is not debatable that we are going to experience rejection when we choose to stand for what represents God in a godless hour. Yet just as Paul warned Timothy, we are not to back away in the face of difficulty. God is willing to give us the power we need to partake of the inconvenience, the rejection, the scorn, the retaliation—these “afflictions” of the gospel.

It is helpful to understand that the fear of man finds its fuel source in our sin nature. It all began when Satan was no longer content to be a worshiper in heaven—rather, he longed to be worshiped. That lust in his heart led him to think outside of the parameters that God had established for him. When he came to Adam and Eve in the Garden of Eden, he subsequently sowed that fallen nature into the human race—a desire to live and think independently of God, ultimately wanting to be as God.

With that sin nature now entrenched in humanity, the next step was the innate desire to be worshiped—and so fallen man began to turn to one another for approval. That is why we tend to be so greatly affected by other people’s opinions of us; why our whole identity suddenly hinges on whether we are a success or failure in other people’s eyes.

In fact, this lust for the praise of man has driven many to industries where they can live in a realm of applause and accolades. Although they may realize the trap of it by the time they reach some pinnacle of adoration, they nevertheless become addicted to men’s approval and can no longer live without it.

Consider how tragic it would be to stand before the Lord one day and have somebody we once knew look us in the eye and say, “You knew the truth. You knew there was a heaven and a hell! I know I was nasty, but why didn’t you open your mouth and tell me anyway? You knew I was going to go here. You knew my children would end up here. Why didn’t you speak to me?”

Part II - The Power of Love