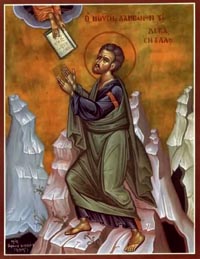 Moses sent 12 princes of Israel to spy out the land that God had promised them. The mission instructions were very specific. Moses asked for a report on the land, the people, the fruit and the wood. When the 12 princes returned they all agreed on the facts of the report. Two of the 12 princes, talhua and Caleb, disagreed on the recommendation the other 10 princes of Israel gave Moses, Aaron and all the people of Israel.

Ten of the tribes recommended abandoning the Promised Land take over because of a variety of reasons. Some went as far as to suggest electing a captain and returning to Egypt. I heard this story all of my life and never noticed two interesting things that I had never heard or noticed myself before. I read and re-read this account in the book of Numbers for myself over and over again. Here is what I noticed.

Firstly, Moses never asked the spies their opinion as to whether they should take the land or not. Their mission was a fact finding mission, period.

Secondly, the spies were never instructed to give their report to the entire nation. They were obligated to report back to Moses and Aaron, and that was it. Now, you can surmise whatever you will, but I came to three conclusions.

Firstly, there is always somebody who wants to go backwards when the way to victory ain't easy.
Secondly, real courage is rare. It's so much easier to take the path of least resistance, especially when you've given yourself a bucket full of good excuses to avoid going forward.

Lastly, there will always be people who think they’re heroes just because they know how to avoid a fight. The ten princes that lobbied Moses, Aaron and the people to abandon their Promise Land mission, thought they were heroes. They thought that they were saving Israel from an embarrassing slaughter. I ‘m not convinced that they were cowards, that wasn’t their problem. They were just average. In the face of real giants only men who are giants in soul, who remember God is on their side rise to history making, destiny changing challenges. -Pastor Joe Flores