In January 2008 there were 627,000 Americans applying for unemployment benefits on a weekly basis. The country was on the verge of a crash and economy was collapsing. Major industries in the country were bankrupted. The banking industry and Wall Street were losing billions of dollars a day, the unemployment rate was at double digits, and no one had an answer or a solution to this crisis.

Fueled by African American women’s desire for eye-catching tresses, the Black hair care industry is worth an estimated $10 billion to date.  And that’s not including synthetic and human hair sales.

Madame C.J. Walker gained a place in the Guiness Book of Records in 1910 as the first American female to become a self-made millionaire.

The world had changed and was ready and waiting for her line of beauty and hair products for black women.

Until the 80’s, black owned hair and skin product lines prevailed in the market, primarily due to large white owned companies ignoring needs of the black consumer and the power of their spending dollar.

Why Do 95% of Entrepreneurs Fail?

Entrepreneurs and owners of small business startups, are very courageous people. They face the massive odds, trying to provide for their families with little real outside support other than family and friends. Generally they have an idea about a product or service or they have what they consider a major improvement on an existing product or service. 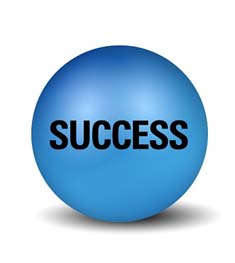 The United Fellowship of Community Churches, Intl., invites Black owned businesses to share their good news and company milestones with our online readers. This is accomplished through www.CommunitySteeple.com.

This is how it works. Send us a press release of awards your company or staff may have received recently. Your company may have reached a milestone, or maybe you survived being in business for three years, five years, or something like that. Maybe you participated in a fundraiser to help the homeless or school kids or something of this nature. You know, something that you are proud of. We will get the word out to the community.

Why We Don"t Need Another Walmart In West Orlando