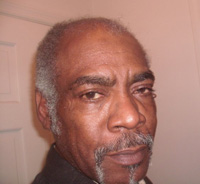 By Larry Adams
I wasn't born in Orlando but this is my "Hometown". I came here in 1957 at the age of three. I lived with one of my dad's brothers for a minute before we moved to Carver Court. Bldg.15. Apt 6, the Southern end of the "Parramore District". The area south of Gore street was mostly white and they considered themselves living in "Holden Heights".

For the next 6 years, Parramore was my world. It's where I learned to ride a two wheeler, started school, participated in the summer program at Carter Street Park and watched two teams in the Negro Baseball League play games.

There were movie theaters, hotels, restaurants, night clubs and a library. There were all types of merchants who sold their wares and provided their services in the Parramore District. There were several supermarkets; the 'Big Apple' was Walmart's great granddaddy.

Everything you needed was in Parramore. I made countless trips to Hardy Wright's store for some candy. Feared the Ambulance because I knew it was really the hearse from Brinson's Funeral Home and it carried dead people.

All of this was in Parramore but it was there for a reason and one reason only. In 1957 if you were Black and wanted to live within the city limits of Orlando, the ONLY place you could live was in Parramore.

When I'm away from here and someone ask me where is "Home", I don't form a mental picture of a black and white house with a manicured lawn on West Church Street, I'm mentally looking at the Carver Theater on a Saturday afternoon packed to the rafters.

Progress came to Parramore but it didn't 'progress' the neighborhood. Some of the folks in Griffin Park were in the way when I-4 came through, so the city jacked the buildings up and rolled them down the street to Carver Court. Then the old Federal Building needed somewhere to be so one of the biggest "Black" churches had to move. They moved a whole bunch of folks to Richmond Heights and Carver Shores when the East/West(408) Expressway was built.

The city leaders, some of whom I helped to elect, have systematically drained the life from Parramore while they have slowly erased all physical vestiges of my heritage, shame on them.