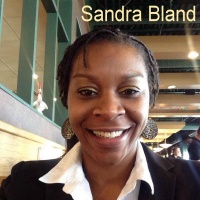 All of these places were inspiring and informative. However, the place that had the greatest and most

lasting impact was the Lorraine Motel, the place where Dr. King was assassinated. It was impactful for many different reasons. One of these reasons is that there was a carefully selected display of state codes and laws that comprehensively chronicled the struggle of African Americans to obtain legal equality.

Among this listing of laws, I was particularly struck by the 1740 South Carolina Law which regulated white people's interactions with slaves. It read:
" If any slave...shall refuse to submit or undergo the examination of any white person, it shall be lawful for any such white person to pursue, apprehend, and moderately correct such slave."

Related: The Dred Scott Rule:Why White Men Get Away With Killing Black Men

As I read this law I commented that if you exchange the word slave for black person, it helps to explain many police and "want to be" police encounters with African Americans, particularly African American men. I renamed this code the George Zimmerman rule. But, upon further reflection I think it can just as easily be called the Sandra Bland rule or the Samuel Dubose rule.

The rule re-written would read:
" If any African American shall refuse to submit to or undergo the examination of a police officer or any white person, it shall be lawful for that person to pursue, apprehend and use deadly force against such African American if deemed appropriate"

The point here is that what is being played out on the news seemingly every other day is a horror that was set in motion back in 1740. The more things change, the more they have remained the same, with respect to the most critical areas of African American life.