Breaking the Law is Why Lawyers Get Paid So Much

Breaking the Law is Why Lawyers Get Paid So Much 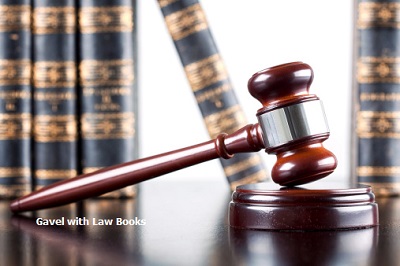 On Monday, December 19th the January 6th committee will hold its last public hearing, according to committee Chair. Bennie Thompson, D-Miss. The meeting is set to begin at 1 p.m., and will reveal many of the countless hidden investigation items that are new and some are old. The clock has run out of time, because in January the Republicans will take control of the House and they will shut down the investigation.

The report is expected to be released in full on Wednesday, and there will be an executive summary of at least eight chapters and attachments. Everyone is waiting on pins and needles, because very little will be held back, and the truth will expose Trump and his administration breaking the law.

Almost everyone that worked with Trump is hiring and retaining high priced lawyers, because they will need the best lawyers in the country. The major question on everyone’s mind in the country about criminal referrals is, “What exactly to do about them?”

The committee members can write letters to the DOJ, President Biden, the Senate, and the House, but it is largely symbolic. Everybody is making a lot of noise, but the committee can only suggest, and once the Republicans take power in the House in January, everything is shut down.

“The decision has loomed large over the committee. Members of the panel have been in wide agreement that Trump and some of his closest allies have committed a crime when he pushed a conspiracy to prevent the peaceful transfer of power, as they’ve laid out in their hearings,” says Annie Grayer – reporter of CNN Politics.

The entire committee is in agreement that the law was broken, but again what can they do?

The final full report is expected to include a detailed breakdown of former President Trump’s effort to pressure various election officials to overturn the election. The committee will vote on whether to approve the final report and make announcements referrals to the Justice Department. It also could make criminal referrals to state bar associations, and congressional bodies.

This is a comprehensive report that will cover throughout the year and a half, the full story of Trump’s post-election lawlessness with some added features. Nevertheless, many Republicans think this is a waste of time and the tax payers’ money. Others think no one will be put in jail starting with Ex-President Trump.

Everyone has an opinion on the committee, but most would agree that the January 6th committee helped motivate the DOJ to put pressure on their investigation. The US District Attorney Merrick Garland named Jack Smith as a Special counsel for the Trump criminal probe.

Jack Smith is not wasting anytime and he has subpoenaed many different states. As the DOJ goes to work, the lawyers continue to get paid high salaries.
Trump’s lawyers in 2021 were paid $7.8 million for MAGA, and there were other lawyers paid in states around the country. White House staffers were responsible for hiring a lawyer for their case, and the hourly rate started at $125.00 an hour.

During the time that Ex-President Bill Clinton was in office and Hillary ran for office, their charges ran between $2.5 million to $8 million. As Trump’s Team gets lawyered-up, the January 6th committee will force lawyers to raise their prices.

Breaking the law is why lawyers get paid so much money----