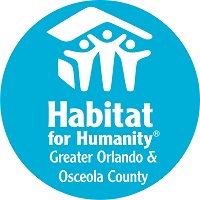 Commissioner Regina Hill posted information that she said was very disturbing to her. She posted new guide lines for obtaining a home through Habitat for Humanity. One qualifying guideline for the applicant is to not have a medical write off. Commissioner Hill believes that rule will stop up to 75% of the people hoping for a Habitat home. Also, you need a (640) credit score and annual income of at least $30,000 to qualify! Other rule changes make it clear that Habitat for Humanity has joined Mayors Demings and Dyer in speeding up District 5 gentrification.

Orange County Mayor Jerry Demings and Orlando Mayor Buddy Dyer's 'Affordable Housing Initiative,' 'Housing for All,' and their 'Ten Year Housing Task Force,' blunders prove that their plan is to drive current residents from the area and make room for newer, higher priced homes and apartments.

In Central Florida, the standard reference to income and housing costs stems from figures updated annually by the U.S. Department of Housing and Urban Development (HUD) for its various programs.

Across all major categories of employment in the region, the median earnings ranged from a low of about $26,000 to a high of about $36,500. Very few working individuals

These guidelines also shape the systems by which housing supports may be made available to developers wishing to operate in the affordable housing marketplace. Such subsidies may flow directly to a family of a certain size or to the owners or developers of a unit.

Generally speaking, subsidies can be provided to: (1) a family/household; (2) a property owner (of rental property); and (3) developers.

Hmmm... Does this mean that by changing the guidelines, Habitat for Humanity, Buddy Dyer and Jerry Demings can allow less support to the family/household while giving larger subsidies to landlords and developers?

It is obvious to me that Habitat for Humanity in Central Florida, has joined Mayor Buddy Dyer and Mayor Jerry Demings in their efforts of continuing to kill the Parramore area and gentrify District 5. They do this while simultaneously increasing the tax payors burden to support developers and landlords.

Thank you, Commissioner Hill, for all that you do.