Regina Hill is the Watusi

Regina Hill is the Watusi 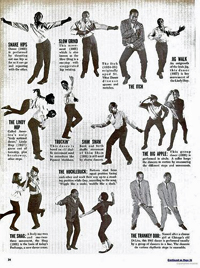 by Helen Balls
It just hit me like a ton of bricks. As I was considering the other day who to vote for in the upcoming May 6 run-off election in District 5. I begin to weigh the ups and downs of both candidates – Juan Lynum and Regina Hill.

I confess! I did not vote in the primary. My last vote was for President Obama. Had to be sure he got re-elected. You understand!

So like most of my family and friends, I failed to exercise my right or rather my obligation to vote. I now feel kind of guilty considering all the brothers and sisters who sacrificed even died for my right to vote as a Black woman.

But with all the talk surrounding the up coming run-off, I started thinking about voting. Kind of to get rid of that guilty feeling for not voting the last time.

My first thought was to vote Lynum. I know the name and the mom really wasn't all that bad. Yes, like most politicians, she got hers. Why should I be mad at a sister for looking out for herself. The white boys do it all the time.

It is like they have to protect us from this sister. The media don't be down here talking about all the bad stuff being allowed to go on in our neighborhood that the white boys are doing.

The more I thought about it, the more I begin to consider Regina Hill. She is a real sister from the hood. She is not Ms. Bourgeoisie. She is not one of their House Negroes. And, she is what you see.

Honesty, she is rough around the edges. But so am I and most of District 5.

So I begin to think that we need someone down there who is just like us. Someone who cannot only tell it like it is, but represent what it is. When you look at Regina Hill you see us. You see District 5. She can do that.

Check it out the Watusi dance -

While Daisy Lynum was representing us, they couldn't see us. They just saw an imitation of life. They saw someone who mimicked them to the tee. They need to see us in the personage of Regina Hill. They need to see District 5.

Yes, she got busted a few times for doing the things that people in District 5 do. Is not right. But given the environment, people do what they see day-in and day-out. People do what is available for them to do.

I have had my troubles fooling around with men who pretend to love but only use you.

I think of my savior, when the hypocrites brought unto him a woman. They professed the law as taught by Moses, which was to stone her to death. Jesus said, he that is without sin, let him cast the first stone at her. And with that, one by one, they fled.

Regina is that sister and I ask those without fault to cast the first stone at her. Like the sister in the parable, she has been forgiven.

Just think, she was once convicted of a felony, which stripped her of her right to vote. She applied to have her rights restored, and the Florida Parole Commission's Office of Executive Clemency granted her request.

That takes guts and determination. Tens of thousands of our brother and sisters have been stripped of their constitutional rights by this post reconstruction Florida law designed to deny Black people the right to vote. Talking about voter suppression, this antiquated racist Florida law is King.

But Regina Hill persevered where others gave up or didn't even try. She is the kind of person I want representing me. Knock her down and she gets back up.

At Amvets Post 30, she is 2nd vice commander, where she works on homeless outreach. She is active addressing youth violence working with the Urban League. It is clear this sister understands the hard times we face in District 5 and the need to help one another.

The songwriter said it best, "If I can help somebody, as I pass along, If I can cheer somebody, with a word or song, If I can show somebody, how they're travelling wrong, Then my living shall not be in vain."

This is what Regina Hill has been doing since she has seen her way clear of yesterdays obstacles. Though I don't personally know her, she could easily be my sister. Because she is what I call "down."

I like Regina Hill. You go girl. You've got my vote. Go on Downtown and be the Watusi and show them how we do it.