Is Everyone In Orlando A Political Consultant?

Is Everyone In Orlando A Political Consultant? 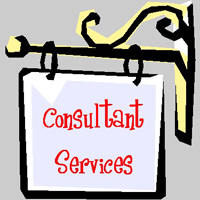 Wow! Who knew that everyone in Orlando is a political consultant!

Alert Washington because Orlando is the political consultant capital of the world!

Despite successful campaign experience, a proven successful public outreach record and or advanced political training it appears that everyone during this campaign season is a 'seasoned' Adviser!

Now do not get me wrong; Orlando, Florida has a vast amount of political experts available to assist Candidates. However, local races such as the City Commissioner District five race have revealed an unbelievable talent pool of the politically astute.

Sure, I am positive that all candidates appreciate suggestions and grand ideas.

However, please make sure that your successful (key word, successful) portfolio backs up your advice. Otherwise, you are merely contributing to the already misguided, misinformed and misunderstood world of politics.

Yes, everyone has an opinion. However, campaign season especially in touch local races with low voter turnout is not the time to offer advice based upon what you 'heard' it is the season for what you 'know.' One should strive to be informed and not just opinionated.

Candidates, I know you appreciate the advice from your cousin 'Big Phil' but I urge you to run his advice by someone who offers the proven expertise and experience in the area in which he advises.

Insist that 'Big Phil' (unless a proven political consultant) stays in his lane. I am sure 'Big Phil' can cook a mean Tilapia. With that said, we all know that, during campaign season, there are many fish fries almost every weekend that may benefit from 'Big Phil's' skills.

Simply put, candidates, as an award winning recruiter with a proven successful recruiter and public outreach portfolio, I advise that you recruit your advisers and political consultants wisely!