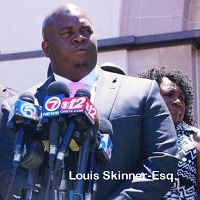 The Black vote goes 90%+ Democrat every time. So, their vote is taken for granted. Blacks are at a crossroad with their own party because they still haven’t experienced real change.

Meanwhile, White Women are seeing gains in more opportunities. As you prosper, it makes sense to vote where you believe you will continue to prosper. Look at all the polls and you’ll see that White Women are riding the Red Wave.

Plus, White Women believe many of the same things as White Men. They have a joint benefit to vote alike. This leaves the young vote, which is going through the worst economic experience of a generation. Strapped with high debt and low paying jobs.

Uber and Lyft are hiring more college grads, than traditional businesses. The young vote is mad at the system. They rather not participate. So, in Florida the Black vote was 13-14%, leaving White vote at 66-67%. The remainder was Latino and other.

Further, many Latinos consider themselves White. So, in the truest form this Race was about race. Trump’s team embraced this. One thing about Republicans is that they may not be honest, but they are authentic. They strike right at their base in plain language.

This was a gang turf war. If you didn’t show up for your gang, then don’t complain as you lose control of your turf. Politics is about power. At the very least, you should always control your turf.
The elections are over. Now, what you do today for your family, friends, and community is more important than any vote.

The truth is in America, two things matter: your vote or your money. If you don’t have either, you don’t exist. Smart people use their vote to get to the money. Smarter people use their money to get your vote.
They buy power and respect, because earning it is just too slow. So, focus on your bag: Earn it, Secure it, and Grow it. Keep pushing all my people. But never forget to vote for yourself everyday by the moves you make.