You Want To Take America Back To The 'Good Ole Days?' Really?

by Cynthia Wheeler
A few years ago friend of my mom came across this video "Harvest of Shame" and shared it with us. When we watched the video my mom recognized many of the people in the video. The people in the video were of my grandparent's generation. Who knew they had reality TV back then. My Mom is 68 years old. This documentary is based on my home town of Belle Glade, Florida. Belle Glade and the surrounding towns of Pahokee, South Bay are often referred to as the Muck and Belle Glade has been compared to a 3rd world country. The unemployment rate in the Glades is around 50%. Belle Glade is also famous for producing football players and a high rate of HIV/AIDS especially during the early years of HIV.

Read more: You Want To Take America Back To The 'Good Ole Days?' Really? 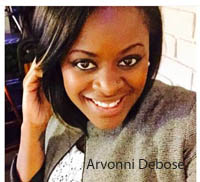 by Joycelyn Harrison Henson
The funeral services for Arvonni Debose, daughter of Orlando City Commissioner Regina Hill were held on Saturday, September 5th at Majestic Life Ministries on Kirkman Road. The service was presided over by Dr. Riva Tims, Pastor of Majestic Life Ministries. The eulogy was delivered by Arvonni's grandmother and pastor, Rev. Willie Bell Coleman-Smith of Bethel AME in Kissimmee, Florida. 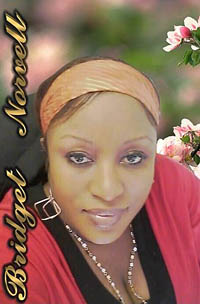 by Bridget Norvell
Straight Outta Compton - Movie Review
Straight outta Compton. There are no words to describe how powerful this movie really is. If you can get past the cursing, nudity and sexual exploitation, you will see a well made movie that has a life changing messages. The movie set in the 1990's actually mirrors today's life experiences. All I can say is that these men were ahead of their time.

by James T. DeShay
When I once lived I stood on the shoulders
of giants; who gave me the insight to start
the process to free millions from the strongest
type of enslavement imaginable. The grip was
crippling both physically and mentally. The
indoctrination to embrace the status quo was
endless. 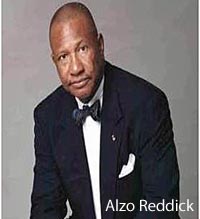 written by Tim Adams, Th.D.
DR. Alzo J. Reddick, Sr. was born in Alturas, Florida on November 15, 1937. His family moved to Orlando in 1944. He has been married to Elouise Williams of Orlando since 1961. He has two daughters, a son and several grandchildren.
He is a member of Mt. Pleasant Missionary Baptist Church. Dr. Alzo Reddrick's interest in politics began in the 4th grade at Holden Street Elementary School when his teacher, Violet Brown, encourage him to run for President of his class.