Black Men Struggle with the Hypocrisy of White Christianity

Black Men Struggle with the Hypocrisy of White Christianity 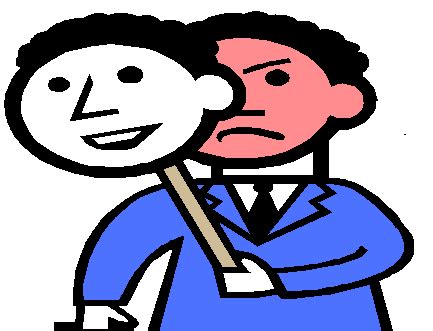 By Roger Caldwell
The Black Church is the most powerful Black organization in America, since the freedom of slavery. The Black church has been more than a house of worship, but has provided material benefits for the community, a political community organization, and a social and educational institution for Black Americans.

White America has always struggled with the role of the Black church, because Black Christianity told the truth about racism and injustice. White Christianity remained quiet about the treatment of Black people, and White supremacy was never questioned but accepted.

Just as in contemporary America White people are complicit with racism; they are complicit in White Christianity. Not all White folks are afraid to challenge racism in the system, but the majority believes since America had its first Black president the struggle is over to fight against discrimination. Many Black Republicans agree with the conservatives, and would like Black Christians to think they are White Christians brothers and sisters in Christ.

The White evangelists would never consider themselves racist, but when they go to an Ex- President Trump’s rallies, they are some of the loudest supporters to send the Blacks back home to Africa. Racism is a system of oppression based on race, and it places people of African descent at the bottom.

In White Christianity there is discrimination, and many Black men refuse to go to church, because Black women refuse to talk about racism and injustice. The majority of members in the Black churches are women, and they are the backbone of the congregation.

“It is accurate to say that many White people have been complicit with racism, because White people have historically had the power to construct a social caste system based on skin color. White supremacy claim White people and White culture as normal and superior,” says author Jemar Tisby –The Color of Compromise.

There is a disconnect in the Black churches with the men and the women. Black men have begun to think of the Black preacher as an entrepreneur, who uses the church to hustle and make money.

Many Black pastors are scam artists while the Black women tend to look the other way, when the church is caught up with daily foolishness. In many churches the first major question in the Black church each week is where does the money go, and how is it spent? It is obvious that the salary of the preacher also includes a lavish automobile, such as a Bentley, a Mercedes, a BMW, or a Cadillac.

During slavery the Black church was used to organize the largest slave rebellion by Nat Turner, and the King James Bible was used to justify the violent revolutionary overthrow of slavery. There is no question that the Black church is the parent of the civil rights movement, and today’s Black Lives Matter movement.

Somewhere the role of the Black church has gotten confused, and many Black churches are more concerned with their weekly income, and being accepted with white evangelist. Black Christianity has always had a responsibility to fight and be respected as an equal human being.

The disconnect between Black men and Black women must start with a transparent conversation about the integrity of the Black church. The Black church has a responsibility to the community it residues in, and we must educate, politicize, feed, and improve the quality of life of its citizens

If love is what is missing in the Black community, then it must start with the Black churches.