by Britt Lyle
Teddy Cruz, Super Starr, Do You Think You’re Who They Say You Are? A Look at History Repeated: An Uneasy Description of “McCarthyism” & “Cruz Control” The Twin Demagogues of National Destruction.

“Tailgunner Joe" McCarthy was a extremely, egotistical, dangerously powerful predator assassin U.S. Senator who served as a “Republican U.S. Senator” from 1947 until his death by alcoholism in the year of Elvis & Classic Chevy’s, 1957.

The Shut Down: Things That Annoy and Irritate Me 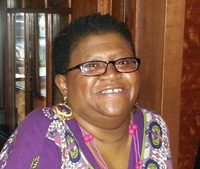 by Holly Cooper
Well the government is now back open for business. The troubling part is that it never should have been shut down in the first place. A small group of Republicans (the Tea Party faction) basically threw a temper tantrum that's going to cost America $25 billion.

I don't know about you but when my child behaves badly there is always some type of consequences. As a parent, I don't reward bad behavior.

Read more: The Shut Down: Things That Annoy and Irritate Me

The Preachers of LA ...My Thoughts

by Patreza Newton
I appreciated seeing the souls coming to the kingdom of God on Preachers of LA and it reveal the need for the church to have a method to bring forth their message of reaching the lost at any cost. I notice that most of the people within a couple of churches were not people who had on fancy clothing they were people who were looking for hope...my only concern with this show is what message within the method are we showing and giving these new souls and the world about the church.

The Shut Down: ENOUGH IS ENOUGH!

(OUR FAITH IN GOD DOES NOT MEAN WE ARE DEAF, DUMB OR BLIND!)
I realized the political opinions are a delicate and sensitive issue, however, the time has come for righteous people to pray, speak up and act in the defense of children, the elderly and the poor, as would Jesus. The asinine antics of the Republican Party has disemployed over 800 thousand people, rendered our CIA, Homeland Security and the National Immigration Services unable to protect us. The Republicans Congressional members have shut down services to veterans, the elderly, the children, the disabled and the poor.

Furthermore, their hostage taking, hijacking of the American government is by some estimates accruing a 300 million dollars daily debt that you, I and our children will have to pay. Even Senator John McCain has called these Congressional Republicans, "wacko birds".

Read more: The Shut Down: ENOUGH IS ENOUGH!

Soar, To The Next level:

Written by Rico Sharp
What purpose would an eagle have in life it it didn't have wings?
The purpose of the eagle's wings is to enable the eagle to fly high and soar long.

To the same extent what reason would we exist if we didn't have purpose for living?
Speaking of living- so many talented and gifted people are simply existing from day to day, year in and year out without really living.

Read more: Soar, To The Next level: 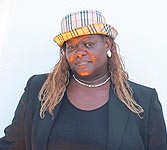 Are you a good neighbor? What is, by definition, a neighbor? According to Random House Webster’s Student Notebook Dictionary Plus, a neighbor is near to another, and there are a variety of meanings for the word Good. 1) Morally excellent. 2) Of high or adequate quality. 3) Well-behaved. 4) Kind. 5) Valid and 6) favorable.

Now as we all know, that regardless of anything else, when you see the word GOoD, GOD has got to be in it! There is no way around that. So if you consider yourself a good neighbor with these qualities, GOD will show in YOU!