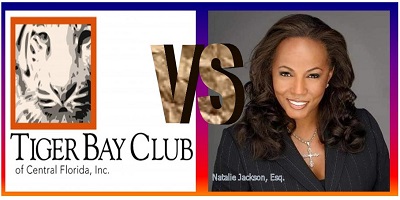 By Lawrence A Robinson
Here is an open letter from Natalie Jackson, candidate for Congress Fl- 10 with some comments from social media.
·
EVEN THOUGH I'M POLLING IN THE TOP 3 CANDIDATES...I WAS NOT INVITED TO THIS DEBATE! WHY??
Here is an email that I wrote to Greg Fox WESH the moderator of the debate:
Subject: Tiger Bay Club Debate

Good Evening Greg: I see on the Tiger Bay Club of Central Florida website that you will be hosting the debate on August 3rd. I spoke with the president of the Tiger Bay Club to find out why I was not invited or included in the debate. He told me that he only included the top six money raisers in the race. 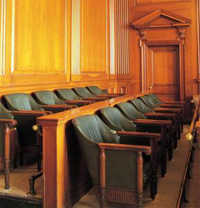 On June 25, 2022, President Biden signed a bipartisan gun safety and control bill (The Bipartisan Safer Communities Act), which will save thousands of lives. This is a historical bill that shows that the Democrats and Republicans have the capacity to work together, if they sit down and communicate. 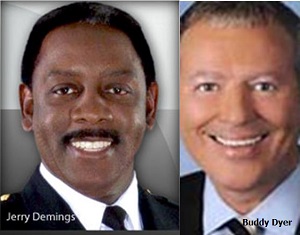 By Lawrence A Robinson
Scope creep is a term commonly used in project management to indicate the addition of unauthorized scope.

The tendency of projects to keep increasing in size and complexity "scope creep" is a threat whenever a bias toward optimism leads people to think that adding a bit more won't be too difficult or expensive. But in the public sector, with its large number of stakeholders pushing different agendas, the threat becomes much sharper.

Read more: Scope Creep - Why Mayors Demings and Dyer 'Housing For All' Project is Failing Miserably

SPECIAL ANNOUNCEMENT:
I am proud to announce that, as of today, (June 13, 2022), the Myers Campaign has officially qualified to be on the ballot.
Thank you to all of our supporters. Your continued support has shown that we need to use our power and elect the right people in office. I promised to bring awareness, education, and resources to our communities, and our campaign has continued to live up to our promise.