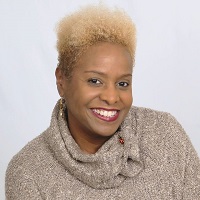 By Attorney Camara Williams, Esq.
I plan on heading into the bank this morning and asking about one of those small 14 million dollar loans Donald is talking about. Parents are tripping on this pocket change, acting like they ain't got it.

Also, I've come to the conclusion that "They" (DJ Khalid Voice)...don't want us to be great...because THEY ain't calling Sean Hannity. So what we gonna do? We gonna be great again.

Land of the Fearful, Home of the Bigot

By Debra Ellick
Good morning Pastor. Your George Washington quote is so relevant this morning! If I may add to your insightful post, as you are keenly aware, each of us is shaped by our experiences in America. Unlike you, I view the America I was socialized within through a different prism. As you acknowledge, the GOP may be exactly who they've always been.

Read more: Land of the Fearful, Home of the Bigot

The Orange County Democratic Black Caucus is THE Political Voice of and by the people in Central Florida. Wanting to make that statement more true, the OCDBC realized there is a need for a communications network that allows for the free flow of ideas by the community.