Kudos to the President and His My Brother's Keeper Initiative

by Roger Caldwell
Any historian will tell his students that a president's second term will define his legacy to the country and the world. President Obama will go down in history as one of America's greatest presidents that held the office. "From the moment President Obama walked into the East Room for the My Brother's Keeper event, you could tell this initiative was personal for him," says Jonathan Capehart of the Washington Post.

Read more: Kudos to the President and His My Brother's Keeper Initiative 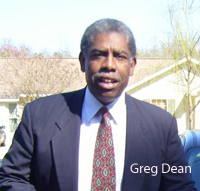 by Gregory Dean
Students of American History learned that over 450 years ago, Native and African Indigenous Peoples became the victims of European expansionism in the New World. The British colonists, after gaining independence from the Crown, needed cheap labor to develop the vast lands and natural resources they'd stolen.

by Mr. Ruben Sims
It makes me sad to know so few truly understand what is going on in the Parramore District and why. I haven't lived in Orlando since I was a child. I guess that's why in 2002 God told me to "Go Tell The World." At that time I had no idea what he meant or what he wanted me to do.

However, God sent me back to Orlando to learn the truth; I guess because, no one in Orlando was prepared to take on the challenge. The truth is, Orlando represented nothing but bad memories to me and I had no desire to return, not even for family. But God chose me, sent me on a 12 year journey of enlightenment and showed me the pain and suffering, the deception and lies and the diseases and death of so many of our people.

Are Orange County Democrats In Chaos? A Position Paper by The Pan-Africanist Coalition
It is painfully obvious that the local Democratic Party leaders have no interest in the ethics or the generally accepted rules of and for elected officials and candidates. Orlando's City Clerk, Alana Brenner qualified a candidate without the benefit of due diligence. On her own, she decided to allow a candidate into the District 5 city commissioner race who surely does not qualify.

What is Leadership & Where are the Leaders?

A Position Paper by The Pan-Africanist Coalition
Leadership means many things to many people and based on your position you can determine what effective leadership is and what failed leadership is. The one thing that leadership is not, is invisible. The exhibition of any and all effective leadership seems to be a problem among most so-called African-American "Political Leaders" in Central Florida and a quality that they seem to wish they really had. When it comes to position and opposition, they seem to activate their dual powers of invisibility and POOF, they're gone… no response, no accountability, nothing to indicate real leadership!

Read more: What is Leadership & Where are the Leaders?

Who Is Greg Jackson 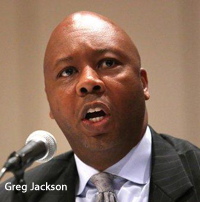 by Shirley Chisholm
Greg Jackson is a private attorney and a former Assistant Attorney General for the State of Florida's Economic Crimes Division where he represented the interest of Florida's residents and business owners. He has been an active member of the Central Florida Community for over a decade, having served on multiple Orange County and City of Orlando Boards, while donating his time and energies to the community through free legal seminars and workshops.

Read more: Who Is Greg Jackson