The event was held at the Village Square Mall in the Washington Shores community. This turned out to be a fitting venue considering the historical elements of the area and it is the stated center of Black Commerce in Orlando.

Walmart Is Spending On Public Relations But Not On Employees

by Cynthia Wheeler
So Walmart is giving pennies for good Public Relations. I am not going to ask the non profits turn down the monies but as a society can we decline to sit at Walmart on Black Friday? We will show that we will take our business other places and demand that Walmart give their employees a bonus, and better wages. If they do not we can spend our Christmas dollars at places other than their big box store.

Read more: Walmart Is Spending On Public Relations But Not On Employees 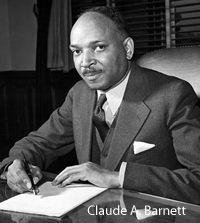 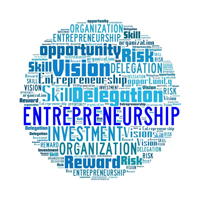 by James DeShay
Wow! There is nothing wrong with being your own boss and being able to pass the business down to your sons and daughters. What this gentleman is unable or unwilling to see is two things. One being everyone can't be a boss and secondly; there are people that leave a legacy to their children through a display of hard work and commitment.

Note from Lawrence A. Robinson: These are remarks made in reference to a FaceBook comment that I made. The original FB comment was in reference to the status of the organization and the members of the Florida Consortium of Black Business who made the trip to Tallahassee last year. I noted, it appeared that nothing came out of the trip that enhances the Black business community.  D. Miller, carried my statement a bit farther when responding to someone who actually made the trip.