That's No Way To Mentor a Child 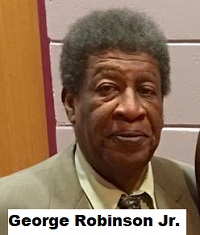 So, I remember when I was about 3 or 4 years old, I wasn't allowed to do many chores around the house. I couldn't try new things without my mom, my dad or an older sibling by my side. I remember being very young, and my brother Lorenzo, who was about 18 months older than me, took the responsibility of fixing my milk bottle while telling me how to do it. Was he mentoring me?
I was the fifth of six siblings and still asking momma to find my other sock. Whether my needs included fixing me a sandwich or pouring me a glass of juice or pulling a splinter out of my foot, there was always momma or a sibling there to help, whether they wanted to help or not.

Read more: That's No Way To Mentor a Child